For years the diamond industry’s outward attitude to lab-grown goods was that these stones were some sort of fake. Even the nickname given them expresses that disdain – “synthetics.” Yet underneath this expression of disrespect lies a deep sentiment, a real feeling that one can almost smell – a mixture of contempt and deep fear. Don’t balk because that fear is certainly justified.

The Scary Stuff of Nightmares

At this point, lab-grown (LG) stones are already competing with natural diamonds. It’s not only the growing presence of exhibitors at JCK, Swarovski’s decision to enter the field, the repeat nefarious attempts to sell them off undisclosed, the fact that they are sold as a “same but ethical alternative,” the growing number of stores selling them alongside natural diamonds, or the attempts to promote them as a category that scares the industry. It is all of these together that is the source of tremendous worry. 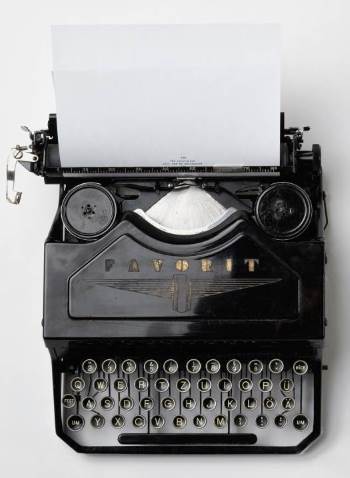 The scary stuff nightmares are made of

The growing number of consumers in the US who are genuinely interested in this product conjures up images of typewriters, VCRs, and camera film rolls flying into a void during nightmares of long dark nights of sticky sweat running down one’s back as tattered logos of Encyclopedia Britannica, Kodak, Blockbuster, Palm, and other firms that failed to adjust to changing times spiral downward and crash on the cold floor of reality. This is what really gives the industry the heebie jeebies.

But all is not lost: after waking up and taking a cold shower, we have an excellent advantage when we set off for work the next morning. We can indeed learn from history.

Where Blockbuster and Palm failed, IBM, Netflix, and Samsung have succeeded. Where the natural pearl industry took a hit that they never really have recovered from (ask 100 random pearl-wearing and -buying consumers if they know why pearls today are so uniform, and you’ll learn about the loss of product awareness), many other companies have reinvented themselves and moved forward.

Whereas jewelers can easily reinvent themselves, how about manufacturers and miners? For them, this is a wake-up call to differentiate, promote, and glorify diamonds.

The threat is more than a nightmare. It is tangible. After investing $2 billion to go underground at Argyle, Rio Tinto will soon close this mine because the price they can achieve for the goods that come out does not justify further operation – let alone to recover the cost of expansion. The mine mainly produces low-end, lower value goods that directly compete with cheap LG goods from China. As the production from China rises and its cost of production declines, Argyle’s economic attraction diminishes further.

I don’t want to say that LG is already impacting polished prices, but there is no doubt that it already has had an economic impact on the diamond industry. The amount of capital poured into detection R&D and the expenditure on detection devices alone already has a bearing. On the bright side, miners’ motivation to put up nearly $60 million in marketing is directly related to the loss of market share to this (and other) competing products in the category.

Less than a year ago, I presented LG figures on a panel at a Kimberley Process conference in Dubai. During the following Q&A, someone from the audience got up and criticized my presentation of data as “too matter of fact.” When someone reacts to tone rather than content, that my friends, is a true sign of fear. An industry will not succeed in fighting a threat by ignoring it. If you stick your head in the sand, you are bound to choke, suffocate, and die of sand lodging in your lungs. You surely won’t grow, flourish, or prosper.

From my data, conversations with growers, marketers and retailers it is clear the total value of annual sales of disclosed LG has long been in the hundreds of millions of dollars in the US alone.

The Need For A Well-Thought Out Response

There is growth in consumer demand – and it’s growing at a rapid rate. This is not a spinner-like fad either. It will be long-term and behave accordingly: a period of rapid growth is already here. Expect this to be followed by a maturing period with a slowdown in the rate of growth, and then a need to evolve, to adjust to change, and to develop sophistication will occur. This is the pattern.

The growth in consumer demand is leading to a rise in the number of LG growers, and more retailers who are willing to test out the product. This is another dangerous stage because there is something cannibalistic about retailers offering both products. If you are a price point retailer, just how do you justify selling a supposedly identical product at a higher price?

All these issues demand a well-thought out response on the part of the diamond industry. As much as De Beers and ALROSA have tried to cajole manufacturers and retailers to market diamonds, the issue of LG is squarely in their lap. They have no choice but to take the lead.

Not much on the radar, but clearly under threat are communities in remote areas benefiting from diamond mining in their regions. First and foremost is Botswana, but others in Africa, as well as Canada and Yakutia, will suffer a terrible loss if the diamond industry does not act to preserve consumer demand. That would be a humanitarian nightmare.

In fact, “Fair Trade Diamonds” is one campaign that could attract a new generation of consumers.