Sometimes, connecting figures in ways in which they are not usually put together can highlight a great truth – a truth hiding in plain sight. Most people who follow the diamond industry already are familiar with the following figures. All were published in the past and have been discussed in many diamond industry circles to some extent, yet what they disclose in this context is perhaps new and may require rethinking the diamond model.

Ehud Laniado, a low-profile diamond trader who is probably the largest independent rough diamond supplier to the market, first put these figures together. Based on known and market accepted figures, he shows how small the average margin per company in the diamond industry actually is.

According to Bain & Co., diamond miners supply about $15.2 billion worth of rough diamonds annually (this figure is for 2012; however, Chaim Even Zohar in his 2013 pipeline states it as $15.25B). The wholesale value of polished diamonds sold by polishers has been around $22 billion per year for the past few years (Bain states $22.6B and Even Zohar, $21.6B), which translates to an added value of about $6.9 billion.

When subtracting these costs from the total revenue, diamond manufacturers and wholesalers are left with an estimated 2%-3% in gross margins (according to Bain). This is obviously very little, but the above figures help us understand exactly how little manufacturers earn, and how narrow is the window of error.

The math here is quite simple: $22.1 billion divided by 5,000 companies in the mid-section of the diamond pipeline (again, according to Bain) is an average annual turnover of about $4.42 million, or an annual gross margin of just $110,500 per company.

In terms of return on investment, this is a pitiful outcome at best.

What Happens when Margins are Chiseled Down?

These figures reflect a wider trend: Manufacturers are squeezed in most industries and, in this instance, a rethinking of the diamond model is needed.

With the cost of rough diamonds remaining high and the prices of polished sinking, the dismal margin is something many companies only hope for in the current market. Now, manufacturers are fighting for earning at least that much.

True, these figures are average, and there are companies that are doing much more business and earning much more too. They are benefiting from the economics of scale and generating better margins. However, these companies are not the norm. If you know the diamond industry well enough, you know there are about 30 companies, maybe 50, that generate a turnover of more than $100 million.

This is a rather long opening to make my point, but it provides the background to highlight that something in the fundamental mechanics of this economic model is not functioning properly. 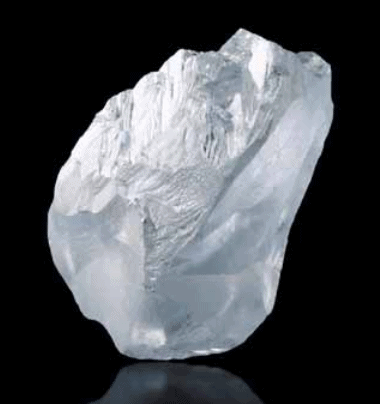 Most jewelry retailers are independents that own one to five stores. In the US, they are the overwhelming majority of jewelers, some 80% of all stores. In such a fragmented market, massive marketing is nearly impossible, so there has been no drive to keep interest in diamond jewelry.

In such a landscape, trying to force a supplier-driven market is impractical, in fact, impossible. If consumers are losing interest, and retailers don’t have the marketing power to turn the tide around, polished prices will inevitably come down. Ignoring this trend was a mistake by miners that insisted not only on maintaining their prices, but also on supplying large quantities. The midstream of the pipeline simply choked.

A major change is needed to overcome the current situation, and it requires reconsidering the entire diamond pipeline:

The diamond industry at large, from mining to jewelry retailing, is demand driven, and demand is currently weak. Mining needs to scale down supply and manufacturing needs to adjust to real consumer demand; designs must inspire, and marketing has to return in a large way. Without rethinking the model, popular interest in diamonds may keep shrinking.

Jewelry Expenditure Rises amid Stunted Growth, Millennials Stepping Off the Plate
“Less for More” Turns into “More for Less”