While clearly better than last year’s show, the recent JCK Las Vegas trade show proved that the fine jewelry industry is still far from being out of the cold. Diamond booths were surprisingly busy, and it seems that generally the industry is making strides to combat some of its main issues: generic marketing and lab-grown goods.

According to exhibitors at the higher-end venues, Couture and Luxury, business was “good.” Traffic was not high, but those that were there were there with the intention, or at least the willingness, to buy.

The higher end of the market it seems is doing well, especially where there are strong brands. The issues impacting the rest of the fine jewelry retailers – less consumer financial ability, shifting tastes, dressing down to more casual and reexamination of the diamond category – are less of an issue for the top-end market. There, we see new and innovative designs, interested buyers with financial ability, and a continued taste for diamonds.

Quiet surroundings are part of the desired ambiance of the high-end sections; however, the expected hustle and bustle among the rest of the jewelry sections was near nonexistent this year. In fact, in some sections of the show, it was eerily quiet. One possible explanation for the low demand could be less confidence on the part of American retailers for the upcoming period or maybe a diverse existing inventory, but I suspect there are other factors involved.

It is true that retailers’ financial position is not as steady as it was in the past, especially for smaller operations. After the restocking that started in January, retailers are possibly delaying their purchases as much as possible to see how the market develops and to preserve their financial resources in the meantime. A few reasons might be causing this shift in order timing, one of them the upcoming presidential elections.

Traditionally, the candidate whose party is not in the White House tends to describe the current situation as very bad and of urgent need of repair. This tends to create a sense of fiscal caution on the part of that candidate’s supporters and somewhat beyond. In the current election season, with such an unusually bitter and divisive campaign, this is especially true.

Additionally, with the new jobs report disappointing, consumer confidence dipping again in May (although a poor predictor of real consumer purchasing patterns), closures of independent jewelry retailers continuing at a high rate and rampant talk about how little interest Millennials have in jewelry ongoing, restraint in restocking seems to be a prudent policy.

In the loose diamond area of the JCK show, the ambiance was quite different. The air was filled with a constant buzz, and the presence of buyers was far denser than in any other part of the show.

Compared to last year, trading levels were better – there is no doubt about that. However, sales were not back to their pre-crisis 2013 levels. There was demand for American goods, mainly 1-carat rounds in HIJ colors and SI clarities with GIA certificates, with a few reported sales of smaller goods and large diamonds. There were also reports that Forevermark and Hearts on Fire did well. Just as in jewelry, in diamonds, brands also did well.

Just as in jewelry, in diamonds, brands also did well

In addition to 1-carat goods, there were some sales of 3-carat and larger diamonds. Their prices have been declining since the Hong Kong show in March, and the current show only pushed their prices even further down, leading several traders to lower prices to close deals.

Generally, wholesale polished prices have been holding steady in recent months. The decent business in 1-carats during the show is bound to result in continued price stability for a while. However Mumbai, Tel Aviv and Antwerp traders may decide on the back of the Las Vegas show to slowly reduce prices of some of the smaller goods. It should be kept in mind that manufacturers’ inventories are currently filling up as the large rough supplies from January, February and soon March are making their way through the polishing process, adding pressure to the need to generate sales, and one way to move goods is by lowering prices. If demand for these goods does not pick up soon, this is the expected course.

On June 3, the Diamond Producers Association (DPA) announced the new slogan for the long-awaited generic diamond promotion campaign. “A diamond is forever” is out, “Real is rare. Real is a diamond” is in. I like this slogan. Aimed at Millennials, it underscores the element of rarity, it creates differentiation from the mass-produced lab-grown goods, and it seems to address that ever-elusive requirement of tapping into experiences. 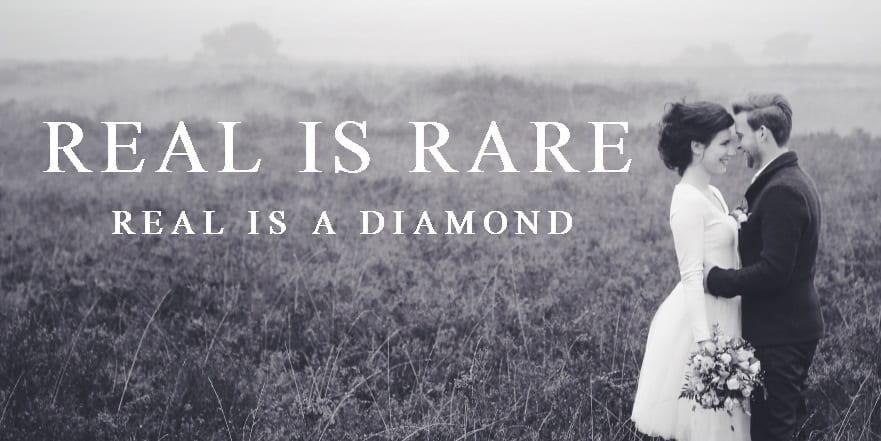 In their presentation, the DPA said it found that while social media and hundreds if not thousands of followers are an integral part of life today, the search for meaningful moments and real relationships is stronger than ever.

The first campaign using the new slogan is planned to be launched in September or October of this year, ahead of the 2016 Holiday season. The budget is limited, just $12 million, which is peanuts compared to the $50-$60 million (and more) spent annually on past generic diamond campaigns. For the introduction of a new slogan for a fading brand, it is especially limited. In practice, this dictates a mostly digital campaign, which is fine, but not much beyond that.

For a decent-sized budget next year, more members of the diamond industry will need to contribute to the campaign, which up to this point has been financed only by the seven largest diamond miners. India’s Gem & Jewellery Export Promotion Council (GJEPC) already announced its commitment.

By the way, it’s a little odd that more than a week after the new slogan was announced, the DPA hasn’t yet posted its own press release on their website. They should have it there, maybe with some background info, and perhaps even the presentation shown at their breakfast seminar. After all, if the DPA is there to promote and market – then promote and market!

Lab-Grown (AKA ‘Cloned’) are Front and Center

The growing prevalence of lab-grown goods in the market is no match for their psychological presence. Everybody is talking about them, many are worried about it, yet few were doing anything about it. Well, that is changing. Not only does the DPA’s new generic diamond marketing strategy address it, so do several other initiatives. On the retail side, many are adopting the approach that scares the hell out of the diamond industry: acceptance.

Retailers are adopting an approach that scares the hell out of the diamond industry: acceptance of lab-grown as a legitimate category

The combination of consumer interest, lower price point and bigger margins has a lot of appeal. More and more retailers view the lab-grown category as just another category, alongside pearls, semi-precious, gold, etc. The noise Diamond Foundry generated on the issue resulted in a lot of press coverage and further pushed the category in terms of consumer interest.

The irony is that with very few machines, Diamond Foundry’s production is minute, especially compared to the quantities other firms are producing. A person associated with the company called their diamonds “Cloned.” Cloned diamonds – same DNA as a natural diamond, but produced differently. When I heard the term, I immediately had a flashback to the scene in Blade Runner where a detective tested Leon Kowalski (portrayed by Brion James) to find out if he was a replicant, a clone. Futuristic, but depressing. In the movie, the clones had an expiration date, they lived for only a few years. Diamond miners would just love for that to be true for cloned diamonds too.

What’s not fully understood is where they are going with this. The crystals set in their jewelry are man-made, so Swarovski really sells design, not high value materials. Considering their high price points, and the relative low cost of materials, they should have a very large gross margin. Adding lab-grown means increasing their raw material costs. Will Swarovski come out with a new line that has an even higher price point to maintain their margins? Or are they doing this because sales are stagnant, and the company wants to offer something new to reinvigorate demand?

One last point regarding lab-grown: Pure Grown announced a little noticed buy-back program. Saying it’s responding to market talk that their goods will only become cheaper over time, they are now offering a lifetime guarantee to buy back their goods.

Does this instill confidence? Wait until you hear at what price they’ll buy back the goods: Not based on trading activities in the market, nor on a price index, but at 15% off the original invoice. In other words, they don’t expect the value of their product to rise. Ever. On the positive side, you may argue that they don’t expect prices to fall either. It seems like a hastily put together marketing program, that was not fully thought out.

The diamond miners always attend the JCK show. This year, they stood out a little more than in the past. The incoming CEO of De Beers, Bruce Cleaver, was on hand as was the outgoing CEO, Philippe Mellier. The impression all got is that Cleaver intends to improve the tough relationship that developed with Sightholders under Mellier. At a reception, Cleaver stated that Sightholders, like producing countries, are their partners. This is a relationship that will need to be actively cultivated.

ALROSA was at the show en force. A large team that included CEO Andrey Zharkov, VP Andrey Polyakov, head of client relations and marketing Vladlen Nogovitsyn and more walked the halls, met clients and were generally present, something that was not seen a few years ago.

The company adopted a new approach to the market, pursuing a goal of becoming the dominant diamond miner. They even had a large banner hanging at the entrance to the show, de facto, announcing, “We are here.”

The big departure is from being a mining company that sells rough diamonds to a diamond company that is an active player in the market. As part of that transformation, ALROSA met with the larger diamond jewelry retailers, such as Signet Jewelers and Chow Tai Fook, “to explore the possibility of joint marketing events aimed at the promotion of diamond goods consumption.” This kind of joint marketing efforts is dearly needed, and for ALROSA, this is a departure from its past “pure play” approach.

Another interesting initiative is a mine-to-finger diamond tracking program. They are talking of a system of identifying every diamond from its recovery to the sale to end consumers. This is a brewing topic in the diamond industry, and several such initiatives are being explored both on the technical side as well as on the practical aspects. It’s good to see that a major producer such as ALROSA is getting involved. Expect to hear more about this.