De Beers announced the launch of a lab-grown (LG) diamond jewelry line. Yes, it’s late in May, not April 1, but this is no joke. In September, it will launch Lightbox, a line of jewelry priced between $300-$1,000. They are fighting the LG producers by using an age-old Silicon Valley approach – disruption. They are disrupting the disrupters. The strategy that seems to be behind it is very interesting.

Lightbox has a very simple and low pricing system that takes color, clarity, and make completely out of the equation. Instead, the offering will be all about design. The pricing is straightforward and simple: diamonds go for $200 per quarter-carat, so prices are $400 for a half carat, $600 for a 0.75-carat, and $800 for a one-carat stone.

From a marketing perspective, this is devilishly clever. It provides a fashion item at a very reasonable cost. But it does not end there because it certainly turns the LG discussion on its head – no longer is the price of the diamond attached to naturals. According to De Beers CEO Bruce Cleaver, the cost of producing a 0.50-carat LG is double the cost of producing a 0.25-carat stone, “and there is no rarity element to it, right? So the price is double,” he explained.

Disconnecting LG prices from naturals, focusing on the design elements and responding to consumer interest in a fun item that is fashionable and disconnected from ethics shifts the discussion. 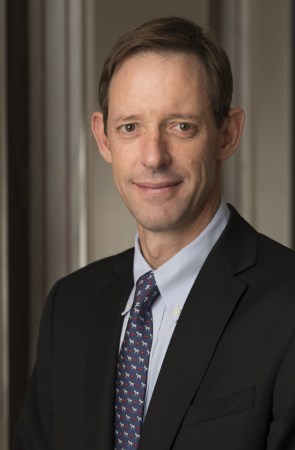 Consumers, Cleaver said, are looking for reasonable cost jewelry. “It’s great when priced in the hundreds of dollars, but not in the thousands.” This too is a departure from the current LG market. Further, while the LG goods will be laser marked, they won’t have certificates. The rationale here is not only that the Element 6, which produces the diamonds, churns out consistent high quality, but also because this is unnecessary for something that is not rare. “Not rare” is a reoccurring theme of this offering.

If you want to understand the retail proposition, you should listen to Sally Morrison, who heads up Lightbox’ marketing. She says they are taking their cues from other industries: “brand cues from cosmetics, pricing from technology, and acting as a lighthouse brand for a new category.”

One more interesting detail about the project that may have not been mentioned yet in the press is that beyond blue and pink goods that will be offered at the same price as whites, there is a certain expectation that in the long run, LG in other colors – green, for example, will be made available.

Why Is De Beers Doing This?

For many years, for at least 12 that I can recall, there was a fear that De Beers would leverage its experience at Element 6 and enter the gem-quality LG arena. Many viewed it as a doomsday scenario. But is it doomsday for the diamond market? De Beers’ core business is mining and selling rough diamonds. They do not intend to waiver from that says Cleaver.

Last year, the company spent about $3 billion on their mines. From that perspective, Lightbox is small scale. They intend to spend $94 million on a new Element 6 plant in Portland, Oregon over a five-year period.

At the same time, this is a full-fledged profit center, expected to be profitable. One conclusion that can be drawn from this is that the prices charged by other LG producers have a very high margin.

Cleaver stated a couple of times in a phone conversation that launching Lightbox is about growing De Beers’ business. While rough is the core, other initiatives such as the IIDGR lab or De Beers Diamond Jewellers are part of this growth strategy. “Everything we have,” Cleaver stresses, “is adjacent to our naturals [diamond] business.”

De Beers’ main shareholder is a public company, Anglo American. As such, it needs to show growth. This is an expectation of investors in every sector. De Beers would be very happy to grow its rough diamond business, but this is not simple to do in a mature market, even if the number of competitors is small and the barrier of entry is very high. So adding services that support, augment and complement the core business makes sense.

At the same time, De Beers is known for making bold moves that address looming threats to its core business. Supplier of Choice was such a move, as well the demand that Sightholders switch their accounting system to IFRS after banks threatened to decrease financing to De Beers’ clients. Their blockchain initiative Tracr is a recent example of this approach. Many of these initiatives benefit De Beers directly, but, truth be told, have a positive impact on the entire diamond industry.

So when asked if Lightbox might harm those dealing with near-gem quality rough diamonds or low quality and smaller goods, Cleaver says that he does not think there is a problem. He believes it is a good thing for those players because “the current confusion is very problematic, as people see lab-grown diamonds as competition to naturals. That could be difficult. This offering is very much positioning, so I don’t think it follows necessarily that if you are in lower-value natural goods that they will be cannibalized by this business because our research shows us that that people buy this [LG] for different reasons.”

Cleaver goes on to state that hopefully the initiative will differentiate lab-grown and natural stones in consumers’ minds, developing into separate markets. Cleaver said he has consulted with the presidents of Botswana, Namibia and South Africa, and they are all supportive.

This offering is very much positioning, so I don’t think it follows necessarily that if you are in lower-value natural goods that they will be cannibalized by this business because our research shows us that that people buy this [LG] for different reasons.Bruce Cleaver

There is another possible cannibalistic element here: the investment in Lightbox being at the expense of generic marketing. Cleaver points out that they have increased their marketing spend to its highest in 10 years. So sure, instead of pouring more than $100 million (new factory plus marketing) over the next five years into Lightbox, they could have added $20 million annually to generic marketing, but let’s be honest – why should they? De Beers supplies about 30% of the rough – why should they also provide more than 30% of the marketing spend? Fighting LG, deepening differentiation for the entire industry, and making a profit while at it make much more sense.

Bottom Line, Good or Bad for the Diamond Industry?

When I first heard of the initiative, I was surprised. It sounded too farfetched. But after speaking with people in the industry, De Beers executives, Sightholders, even LG sellers, I started to warm up to the idea.

As I have pointed out in the past, LG is not a romantic offering. Consumers clearly prefer natural diamonds as a bridal item. The Lightbox offering is positioned between simple fashion jewelry, and away from bridal.

Disrupting the Disruptors with Lightbox Jewelry

De Beers has deep pockets. Consider this: Between 2011 and 2015, De Beers Diamond Jewellers lost on average more than $33.6 million annually, almost $168 million altogether. Only in 2016 did it climb out of the red, posting a modest $2 million profit. Yet De Beers bought out LVMH and took full control of its retail operation. This is to say that the company also has patience and determination.

De Beers has the budget and mindset to change the discussion on LG, pulling the attention rug out from under outfits such as Diamond Foundry, which in the past used very derogatory terms against the industry, hurting naturals and itself too. It will set the record straight by creating differentiation, and that makes perfect sense.

Many of the LG producers are “incidental” producers focused on producing industrial goods. Others, fully focused on gem-quality LG, will need to rethink their strategy: lower prices and offer a value proposition that will make them attractive.

The new Element 6 plant is designed to produce half-a-million carats annually. De Beers clearly intends to be a central player, and a force to be reckoned with. As for the diamond industry at large, most will benefit, some less so, everyone will need to cope. If it wasn’t clear for all until now, we are in an “evolve or die” market. So the choice is clear.