After a year of pains, and ahead of one of the most complicated years since World War II, De Beers’ market share sank in 2019. Not only De Beers, but ALROSA, Rio Tinto, and Petra all lost market share.

Despite its lost market share, De Beers is still the world’s largest diamond mining company. Its interests span from mining to retail, including activities in diamond science research, lab-grown, toolmaking, grading, and more.

De Beers and ALROSA are the power houses of the diamond industry. Together with the mid-size players, the top six companies sold $9.1 billion worth of rough diamonds in 2019. Based on the KP figures, the top six diamond miners accounted for two-thirds (66.7%) of global diamond production in 2019.

The big market share winners are a small group of junior miners and the multitude of alluvial miners around the world. With few exceptions, they are completely anonymous.

Most of the market share gainers are an endless array of diggers in Congo, Sierra Leone, Angola, the Central African Republic, Brazil, and elsewhere. They are responsible for an increase in production, while the market was actually shrinking.

How Did This Happen?

Developing a good understanding of the market is why the larger firms reduced production. They saw that demand and prices are softening, and adjusted production accordingly.

There were some exceptions on the volume side. ALROSA, as a policy, keeps production levels fairly steady even when demand declines. Petra had a better than expected output in the second half of 2019.

Other than that, it was all based on analyzing the market, seizing inventory levels, consumer demand, and financing. They all pointed to a decrease in real demand.

Independent diggers don’t size up the market or analyze it. They dig, produce, and sell. In 2019, they produced more and suffered from the decline in prices. Ideally, we would want all parts of the diamond industry to be able to adjust their activity according to consumer demand.

Regrettably, it is those smaller operators that prove less nimble. We see this throughout the diamond value chain.

Another conclusion from a market with a growing sector of smaller players and a shrinking market share of the larger firms: The diamond industry is not a monopoly.

* A full account of real diamond production by value, volume, and size of unaccounted for production is available upon request. 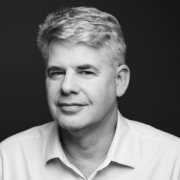